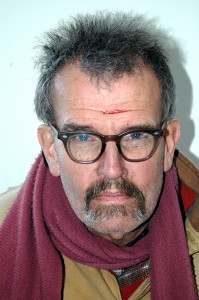 In that the Federal Reserve has been ordered to keep the printing presses running night and day printing as much inflation as the economic ignoramus at the top of the federal heap doesn’t know a thing about, the expenses of the Town will continue to climb even while the value of the dollar declines.

I would thank the Budget Committee for their efforts to keep the budgeted amounts level even while failing to keep expenses level due to the loss of value of the dollar.

Yes, the complaint will be leveled against me that the Board of Selectmen is not much of a platform as a federal office. Yet if no one complains, nothing will happen anywhere especially by our beloved Federal Government.

I am certain that everyone reading this statement has watched the steady climb of gas prices being the most visible sign of inflation’s effects. Yet if you check in grocery stores, even discount stores, you will see the cost/price condition as well. If nothing is done soon, this nation will become a Socialist Banana Republic led by an individual who has been less-than-truthful and transparent about his birth as a foreign national with large amounts of fraud to put him where he is at present and a congress that seems to fear him enough that they are unwilling to remove him from office for his lack of citizen status.