Sale begins May 26 at Gordon-Lull House in Potter Place

A collection of over 50 sketches, pen-and-ink drawings, pastels, oil and watercolor paintings, and prints by celebrated New Hampshire artist Annaleida van’t Hoff (1909-1997) will go on sale on Saturday, May 26, in Andover, where van’t Hoff lived and worked for much of her life.

The works have been made available by Lisa McCall, van’t Hoff’s granddaughter, on the condition that proceeds from the sales be divided evenly between the Andover Historical Society and the Annaleida van’t Hoff Art and Music Trust, which was established in 1997 to support student projects in the Andover Elementary/Middle School. 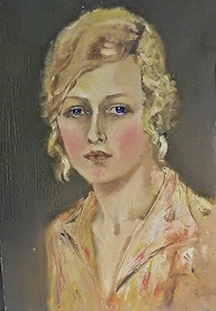 In addition, the collection will include several van’t Hoff abstracts done in oil and enamel and offered for sale by local residents.  The proceeds will also benefit the Historical Society. 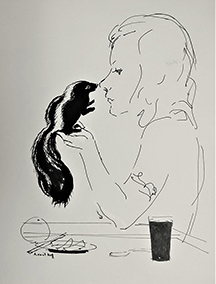 Also on sale will be a number of antiques and collectibles donated by Mary Perry, former owner of Barker’s of Salisbury Heights antiques business, who made them available to the Historical Society as a source of income.

According to van’t Hoff’s granddaughter, the idea for the sale was stimulated by the success of last fall’s Historical Society exhibit entitled “A Retrospective: The World and Works of Winslow Eaves & Annaleida van’t Hoff.” Eaves (1922-2003), also a longtime Andover-based artist and sculptor, was a friend and colleague of van’t Hoff.  Both won international acclaim for their work.

The van’t Hoff works offered for sale have been evaluated by Rosanna Eubank Long, a principal in the art advisory firm of Rosanna Eubank LLC based in New London. Price tags will be shown on each work.

Born in Ithaca, N.Y., and educated in Pennsylvania, Maryland, and New York City, van’t Hoff moved to Andover in the 1950s to continue an artistic focus begun literally as a pre-teen.  She also taught art in private classes and in elementary schools. In 1960, she and Eaves helped to found the Andover Creative Arts Association, which for years was dedicated to bringing art programs, exhibits and events to the area. 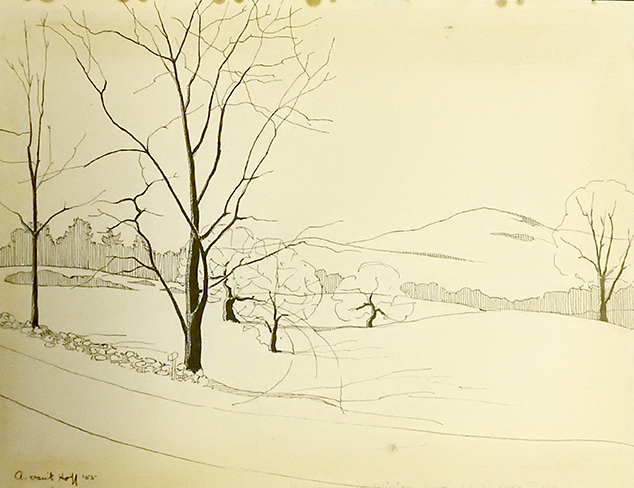