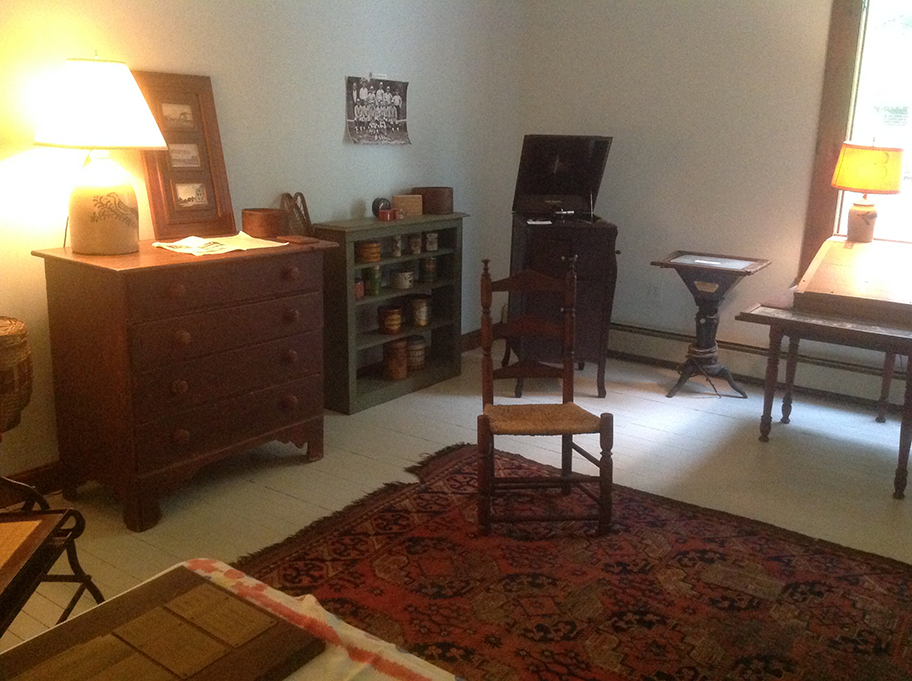 The Andover Historical Society (AHS) will hold a special two room exhibit in the Andover Hub from 9 – 2 PM on July 4.  The exhibit will feature a room of Andover history, and displays from Wilmot and Salisbury Historical Societies. There will also be a sale of artwork by Annaleida van’t Hoff to benefit the AHS and AEMS Students.  Visitors to Andover’s spectacular 4th of July celebration are invited to drop in to enjoy the display and get a break from the sun, heat and crowd. Sit down in the shade while discovering secrets from Andover’s history.

One of the rooms will feature a “Pop-Up” Museum of Andover’s History arranged by the AHS.  Many of the items and images featured have never been shared before in an exhibition. The mini museum has been carefully prepared by Luan Clark, Doug Phelps and Jesse Schust with help from many other Andover residents who have loaned objects and images.  The room will feature a display of Andover’s military service during World War One and World War Two. Photographs and uniforms of Andover servicemen and servicewomen on display are a reminder of the profound sacrifices Andover people have made in the past centuries.

The Pop-Up Museum also features a display of baseball in Andover through the ages (with particular focus on the early and mid 1900s).  A catcher’s mitt and chest-protector will be on display. Many younger residents will be surprised to learn that Andover’s baseball team once played all over the state and that on occasion a major league scout would invite an Andover player to attend try-outs.  Listen to a genuine mid-century radio playing a broadcast of a season game by the Yankees vs Tigers from 1934.

The Museum will also display part of a simulated living room from late-Victorian or early-1900s Andover, complete with period furnishings and an operational Victrola (a “wind up” record player which plays 78 records without electricity).  The Museum also features a “wall of maps” with several historical Andover maps from the 1700s to the early 20th Century, which have been enlarged to make details easily visible. Enlarged photographs of Andover people, places and landscapes will also be on display, many for the first time, and the Museum will be playing oral history recordings of Andover residents.

The second room will only be open on July 4th.  It will feature displays of objects, photographs and other materials from both the Wilmot and Salisbury Historical Societies.  Volunteers will be on hand to answer questions and discuss the displays.

In addition to the historical societies, there will be a sale of artwork by celebrated New Hampshire artist Annaleida van’t Hoff (1909-97).  Most of the works on sale – sketches, pen-and-ink drawings, pastels, oil and watercolor paintings, and prints – come from Lisa McCall, van’t Hoff’s granddaughter.  The proceeds of this sale will be divided evenly between the AHS and the Annaleida van’t Hoff Art and Music Trust, which was established in 1997 to support student projects in the AEMS.