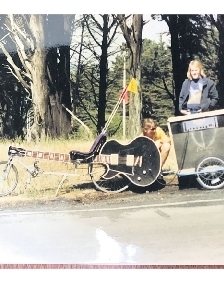 Peter was an accomplished guitarist, spanning the world of classical to popular Rock. He and his wife had three bands of different genres, and he participated in numerous bands and musical organizations in Ohio and Oregon. Pete attended Kent State University and was a certified Journeyman Tool and Diemaker. He was employed in manufacturing in the automotive and aerospace industries. He had a huge following of friends and fans who were warmed by his ability to extract laughter and feelings of friendship plus his willingness and ability to repair almost anything mechanical. He was 53 years old.

A memorial Mass will be said at 11 AM, Wednesday, June 26, 2019, at Holy Family Catholic Church, Hilton Head Island, South Carolina 29928.  In lieu of flowers, contributions in Peter’s name may be made to: Programs for Exceptional People, 39 Sheridan Park Circle #2, Bluffton, South Carolina 29910