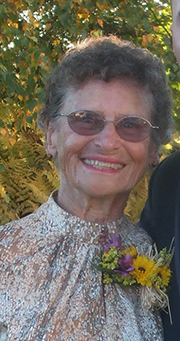 Jane Thompson Currier, 87, passed away on December 18, 2019 at Whitaker Place in Penacook.

Jane was born in East Andover, on January 29, 1932, the daughter of Alan and Florence Thompson. She grew up in East Andover, graduating from Andover High School and then Keene State College with a Bachelor’s Degree in Elementary Education.

Her first four years of teaching were in small, remote villages in Alaska as part of the United States Government Civil Service Program. When she returned to New Hampshire, she taught elementary school in Franklin, Andover, Boscawen, and Londonderry, and then first grade in Salem for 22 years, retiring to her home in Salisbury in 1990.

She is survived by her daughter, Fawn Currier Peterson, and husband, Drew, of Loudon; two grandchildren, Tasha Jane Hilson and Steven LeClair; one step grandchild, Kristina Peterson; and three great grandchildren.  She loved spending time with her family and actively participating in their lives.

Jane also leaves her sister, Carolyn Currier of Hampstead, and brother, Mark Thompson of East Andover, as well as other family and longtime friends.  She was predeceased by her sister, Madelyn Baker, and brother, John Thompson.

Her ashes will be buried at a later date at the East Andover Cemetery where her husband, parents, siblings and other family members have been laid to rest.