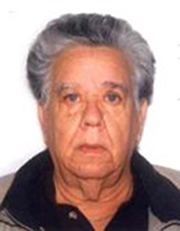 Robert Alan Elenowitz, 84, of Waterford passed away at Lawrence and Memorial Hospital January 14, 2020. He was the son of the late Maye and Harry Elenowitz of New London, Connecticut.

Bob attended local schools in New London and graduated from New London High School in 1953. Bob was employed by Pfizer in Groton for 39 years in which 22 of those years he was a driver taking its VIP’S to Pfizer World Headquarters in New York City. Upon his retirement in 1992 he still enjoyed taking people to various meetings, events, doctor’s appointments, and hospitals.

On April 20,1958, he married Shirley Snitkin at Levy’s Grand View Hotel in Colchester. They celebrated their 61st wedding anniversary April 20, 2019.

Bob enjoyed going to Ocean Beach Park during the summer months. He had his favorite place under the pavilion, and everyone knew it. It was always reserved for him. He enjoyed talking about the good old days in New London. He also enjoyed going to car shows, especially antique car shows. He was able to purchase several antique vehicles, which was a dream of his life.

Surviving Bob is his loving wife Shirley; two sons, David and his wife Elizabeth of Andover, and Michael and his wife Pam of Essex; three grandsons, Joshua, Harrison, and Jonathon; and a great-grandson, Oliver; a niece Gail and her husband Andy; a brother Leonard of Potomac, Maryland.; and nephews, Jeff, Douglas, Mark, Joe, Lindsey, and Randy.

A funeral service was held at the Byles Memorial Home in New London, Connecticut. Interment was in Beth El Cemetery, Groton. In lieu of flowers, donations may be made to a charity of your choice. Please visit byles.com to sign the guest book or share a memory.