Daniel “Dan” H. O’Neil, of Sunapee, died peacefully at Woodcrest Village in New London on January 4, 2022, at the age of 66, surrounded by his family and long-term companion, Sharon Chase. 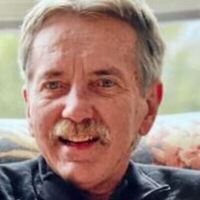 Daniel, the loving son of Gladys E. (Montgomery) O’Neil and John J. O’Neil of Melrose, Massachusetts, was born on July 12, 1955, in Boston at St. Mary’s Hospital. He spent many summers with his family on Prince Edward Island (PEI) and attended PEI’s youth hockey programs.

Daniel graduated in 1973 from Malden Catholic High School located in Malden, Massachusetts and went on to take courses at both Massachusetts College of Pharmacy and Bunker Hill College in Boston. In 1986, he left his first-owned home in Saugus, Massachusetts and moved his family to Wilmot, New Hampshire.

Daniel was a collection agent who worked at Hayt Hayt and Landau in Massachusetts before owning Hollis Associates in Wilmot, a collection agency for many local small businesses, and then for Lake Sunapee Savings Bank in Newport.

Daniel was a sports enthusiast. He spent many weekends watching golf and New England’s sports teams. As a child and adult, he played on various hockey teams and went on to volunteer for the Kearsarge Youth Hockey Association in Andover. He was a golf caddy and an avid golfer at Mount Hood Golf Course in Melrose, Massachusetts and at Lake Sunapee Country Club in New London.

Not only was Daniel a sports enthusiast, but he was also a devoted friend to both people and animals alike. From a young adult to his later years, he was always in the company of a pet whether it needed rescuing or ongoing medical care. Most importantly, Daniel’s outward sense of humor was far surpassed by his sentimental heart. His friendships lasted decades, and his family mattered most to him as evidenced by the collection of mementos he kept over the years.

In remembrance of Daniel, the family will be having a private celebration of life service. In lieu of flowers, memorial donations can be sent to the Catholic Charities of Boston.