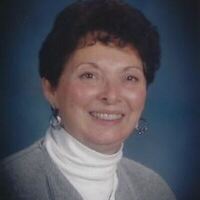 Ann graduated from Peterborough High School in 1953.  She married Alan Davis, Sr. on March 16, 1954 and began her life as a wife and mother.  They resided in several New Hampshire towns, eventually settling in Plymouth.

In 1986 she met F. Donald Jones of New London, and the couple married on August 8, 1987 and resided in New London.  In 1987 she began employment with McSwiney, Jones, Semple, and Douglas Professional Association as a Real Estate Paralegal.

In 1990 Ann completed the Upper Valley Teacher Training Program and subsequently began her four-year teaching career in Andover Middle School.  From 1996 through 2006 she was a Paralegal/Secretary for John Holton Law Firm in New London.  Also, she served as Administrative Assistant with Rock Dental Clinic for dental education for children in the Lake Sunapee Region.

While in New London she was a six-year Ballot Clerk, seven-year member of the New London Zoning Board of Adjustment, and a twelve-year Supervisor of the Checklist.

Ann was predeceased by her parents, Homer and Eva LaBier; her half brothers, Orin and Norman; her grandson, Nicholas Benedix; her stepdaughter, Kimberly Strong; and Cindy Jupp Jones, the wife of her stepson J Scott Jones.

There will be no calling hours.  A memorial service will be held on Friday, April 22, 2022 at 11 AM at Our Lady of Fatima Church, 724 Main Street, New London with a reception to follow in the area on the lower level of the church.