Thanks from Andover’s New Selectman

First, I want to tip my hat to all who voted. It is an important right and one that we should always take pride in as citizens of our town, state, and country. To those who voted for me, my sincerest appreciation for placing your trust in me as a Town Selectman. To those who […]

As an active resident and business owner of Andover for the last 10 years, I attend Town Meeting regularly. It is a wonderful town to live in, and I enjoy very much seeing how many of our residents, friends, and guests admire and appreciate the beauty of the surrounding nature and the way this little […]

Thanks to Our Supporters

The American Legion Crosby/Gilbert Post 101 in Andover would like to acknowledge and thank the following businesses and individuals for monetary contributions to the post: Richard Powers, Lloyd Perreault, Lake Sunapee Bank, New Hampshire Representative Mario Ratzki, Charles Darling, Franklin Savings Bank, and Keyser Garage. Also, we would like to thank Hannaford of Franklin and […]

Kasich Will Get the Job Done

Governor John Kasich has a very impressive record in the US House of Representatives and as governor of Ohio and is better suited to solve the problems of our government than any other candidate. His background includes balancing the budget when in the House in the 1990s. He also served on the Armed Services Committee, where […]

For her dedication and hard work

As a resident of Andover since 1979, I have always been aware of and appreciate the presence of Proctor Academy in the heart of our town. My grandmother, Florence Hall Thompson, attended the school in the 1920s. Our daughters attended and graduated in 2000 and 2002. We will be forever grateful to Proctor for supporting […]

Thanks for Andover First Responders

We would like to express our profound gratitude to both the Andover First Responders, and the Franklin Hospital medical staff who helped us after our medical emergency. They conducted themselves efficiently and empathetically, going above and beyond all expectations. We are so glad to have chosen Andover when we had the opportunity to choose a […]

Belletetes' We Build It Forward is a great community tradition 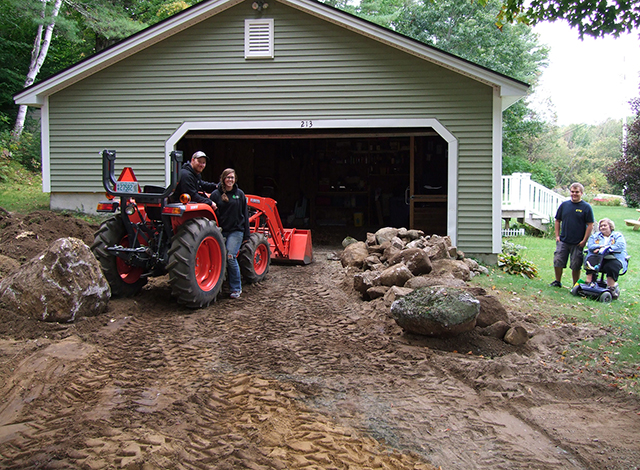 I would like to thank Belletetes for scheduling me as part of this year’s We Build It Forward program in Andover. It is wonderful that they have continued this tradition. Neighbors and local folks helping others with projects they cannot physically do for themselves is what a community is supposed to be. And a warm […]

Thanks for Cleaning Up Wilmot

Andover Lions among many volunteers

Thanks a million to all those who helped make Wilmot look great in time for summer! For the ninth consecutive year, volunteers picked up trash along roads in Wilmot during the first week of May. The annual event is sponsored by the Wilmot Community Association, the Wilmot Garden Club, and the Town of Wilmot. More […]

Your efforts are appreciated

Thank you for the continued good work at the Beacon – the quality of the newspaper is a constant reminder of so many things that make me happy with my decision to call Andover home. I wanted to share a recent experience. Yearly, I try to participate in clean-up day at the Andover Historical Society […]

Sophie Viandier Resigns from Board of Selectmen

It is time I announce my resignation from my position as Selectwoman. Last summer I was offered a job in Kenya to teach 30+ students in reforestation and water conservation this June and July. I have decided to accept their offer and will most likely stay on with the organization after that. I love Andover […]