Half-day program is a disadvantage for Andover kids 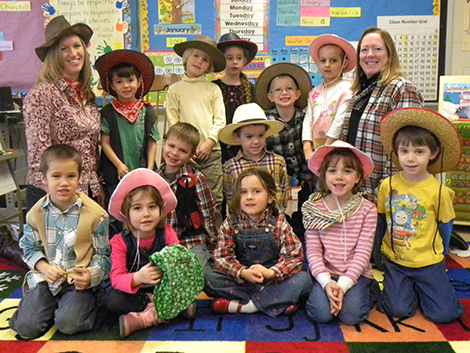 (For a photo of the afternoon kindergarten class, look here.) A warrant article proposing full-day kindergarten at AE/MS will be voted on at School District Meeting on Monday, March 4. As parents and as professionals, we have all felt the need for a few more hours in the day. This is certainly the case in […]

Why AE/MS Needs A Reading Specialist

The budget to be voted on at School District Meeting on Monday, March 4, will include money to hire a reading specialist at AE/MS. Andover Elementary/Middle School, like all other New Hampshire schools and those of most of the United States, is trying to embrace the Common Core State Standards (CCSS). As some in the […]

Too busy? No excuse! This is important work.

December 7, 2012 • Saved under Op Ed
By Dennis Fenton, Andover Board of Selectmen (retired)

Dennis Fenton, a long-time member of the Board of Selectmen, wrote these words in 2009 when he decided to retire from the Board. With his permission, we’re re-running this to encourage people to consider becoming a candidate. First, the fact that you are busy is not a legitimate excuse! Everyone can use that one, but […]

The Free State Project, an anti-government movement, was first proposed in 2001 by Jason Sorens, a professor from New York. From his manifesto: “What I propose is a Free State Project, in which freedom-minded people of all stripes … establish residence in a small state and take over the state government…. Once we’ve taken over […]

Sandra Williams delivered this speech at the October 23 meeting of the newly-formed Andover Constitutional Freedom Alliance (ACFA) at the Masonic Hall in Potter Place. The ACFA plans to have another meeting there on Tuesday, November 27, at 7 PM. For more information, visit its page on Facebook, or contact Sandy at 735-5404 or LdyFlwr@nullmsn.com. […]

People who read Larry Chase’s letter in the last issue of the Beacon might gather that I am an amateur author with a penchant for preserving our rights as parents, as individuals, and as a nation. Like the generations before us, I learned from my parents and grandparents that government is not here to meet […]

Votes Based On Ideology Have Hurt New Hampshire

Before the last election, I wrote a letter giving reasons why I was voting for state Democrats. I listed the amazing national rankings New Hampshire had received under the previous four years of a Democratic legislature and before that when we had a legislature of moderate Republicans and Democrats who worked together – no ideology, […]

Details Of Medicaid Funding And Eligibility

By Mary Anne Broshek I worked at the New Hampshire Department of Health and Human Services (DHHS) for 30 years and dealt with eligibility for Medicaid and all public assistance programs. I saw a number of items in Faith Clendenen’s letter in the September Beacon that I feel need to be corrected. I also want […]