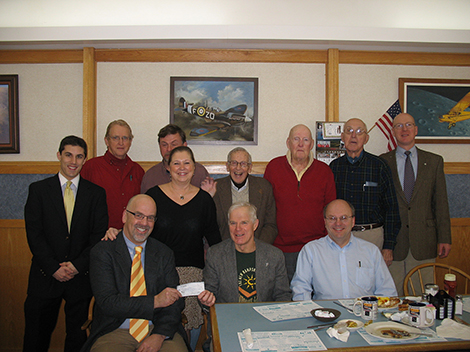 The Town of Wilmot, the Music on the Bandstand Committee, and the Wilmot Community Association (WCA) will join forces in 2013 to present summer concerts on the Town Green at the intersection of Kearsarge Valley and Village roads in Wilmot Flat. On March 6 the Wilmot selectmen; Ed Weaver, one of the founding members of […]

New London Hospital (NLH) and the Lake Sunapee Region Chamber of Commerce (LSRCC) are excited to announce the dates for the 89th annual Hospital Days event and the return of the Midway. This year, Hospital Days will be held on Saturday, August 3, and the LSRCC will host the Midway starting Thursday, August 1, through […]

A community-wide gathering to build self-reliance and resilience, while promoting sustainability and enhancing quality of life in the Kearsarge Valley Region, will be hosted in the Ware Campus/Student Center on the Colby-Sawyer College campus in New London on Saturday, March 30, from noon to 5 PM. Open to the public at no charge, the “Kearsarge […]

Since volunteering for the Andover Food Pantry, I have become increasingly concerned about the amount of food needed to stock the shelves and the limited funds we have to succeed in this endeavor. Even more alarming is that the people we service will not have enough food to sustain them in these hard times. I […]

The Andover Democrats will be meeting in Salisbury in April. The Salisbury Academy Building, also known as Academy Hall, will be the site of a joint meeting of any interested Andover and Salisbury Democrats. State Representative Mario Ratzki, Democrat Andover, will be on hand to answer questions and inform the public about what’s happening in […]

The Andover Constitutional Freedom Alliance invites all interested New Hampshire citizens to attend our monthly meeting on Tuesday, April 2 at 7 PM. There will be a public discussion of “Agenda 21” versus “Sustainable Communities.” This will be an honest and open discussion on the pros and cons of both positions. Please be aware of […]

Each year one of our programs focuses on a foreign country or place. We learn a little about their location, history, culture, and food. This year it was “Taiwan – The Other China.” Taiwan, formerly Formosa (Portuguese for “beautiful”), is the largest island of an archipelago 100 miles off the southwestern coast of China. The […]

On Wednesday, April 10 at 6 PM, the Andover Service Club (ASC) will hold its annual guest night in the Highland Lake Grange Hall. The purpose of this event is to welcome new and/or potential members to ASC for a social get-together and pot-luck dinner prepared by the ASC ladies. Entertainment will be provided by […]