She says she's going to cut back some … maybe.

New Hampshire Department of Health and Human Services (DHHS) Commissioner Nicholas Toumpas and Governor Maggie Hassan joined with the State Committee on Aging and EngAGING New Hampshire to recognize this year’s recipients of the Vaughan Awards. These awards are presented annually to a couple or individual from each county who are 60 or older and […] 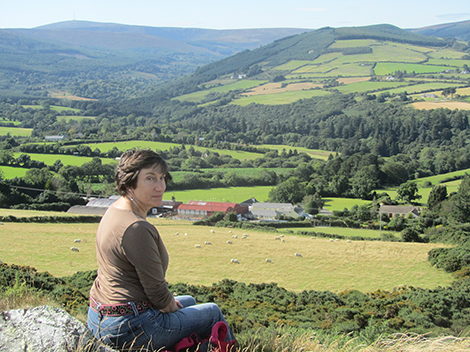 Dr. Amy Schneider has returned to the Andover Family Practice on Lawrence Street with a wealth of new experiences and perspectives after practicing medicine in rural Hawaii and Ireland. Dr. Schneider graduated from Harvard Medical School in 1978, opening her Tilton practice three and a half years later. In 2004, she and much of her […] 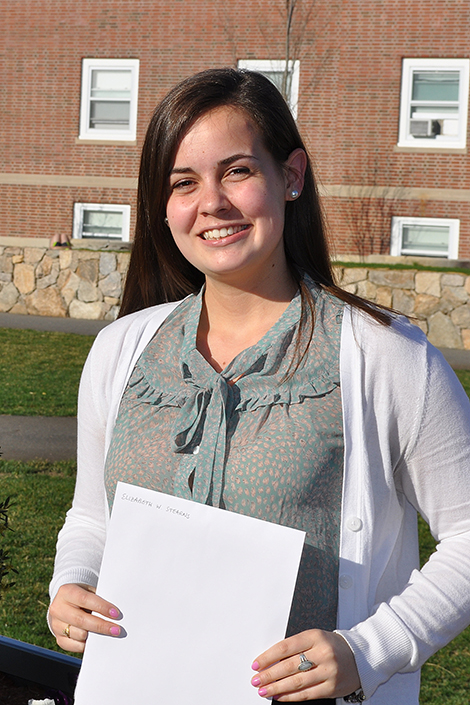 A junior at Stonehill College in Easton, Massachusetts, Elizabeth Stearns was inducted into the Stonehill College Honor Society Lambda Epsilon Sigma on April 17. The purpose of the society is to recognize and promote scholarship. Juniors and seniors who have attained a 3.5 cumulative grade point average are invited to apply for consideration. Acceptance into the […]

Lee Murray had been Road Agent in New Boston for 16 years before moving to Andover in 2004. Lee moved to South Carolina in 2011, and died in September, 2012. His New Boston employees have started a Lee Murray Memorial Fund to raise money to purchase a plaque to name one of the bridges Lee […]

April 4, 2013 • Saved under Other People News
By The Hanscoms

Megan N. Hanscom was named to the Dean’s Honor List at Ursinus College in Collegeville, Pennsylvania, for the fall 2012 semester, achieving a grade point average of 3.50 or higher.

Walking With Seniors in the Proctor Gym

March 21, 2013 • Saved under Other People News
By Larry Chase, for the Monitor

From the February 18 Concord Monitor By the numbers: During winter weekdays, about four or five of us are already walking at 7:30 AM, even though the fieldhouse doors don’t officially open until 8. By 9, when participation peaks, there may be close to 20. By 10, when the doors close, there’s rarely more than […] 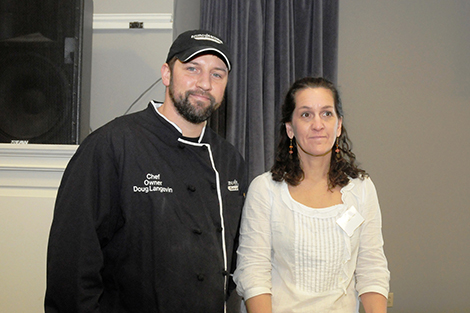 New Hampshire’s Lake Sunapee Region Chamber of Commerce hosted some of the area’s most celebrated makers of chocolate creations on March 9 at the 18th annual ChocolateFest and Chocolate Challenge. The event was held once again on the campus of Colby-Sawyer College in beautifully renovated Wheeler Hall in the Ware Campus Center. ChocolateFest 2013 was […] 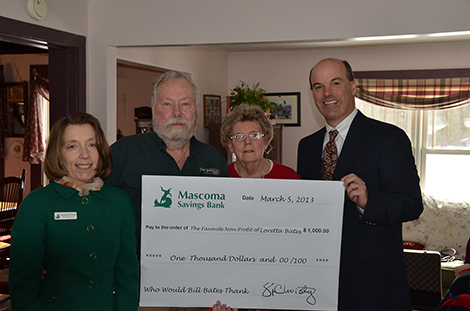 Samantha Pause (left) and Tom Hoyt (right) of Mascoma Savings Bank awarded a $1,000 check to Loretta Bates, which she donated to St. Jude Children’s Research Hospital. Her husband Bill nominated her for Mascoma’s award in honor of people who make a difference in their communities.

Come on March 23 for Zumba and to support Michelle Tanguay 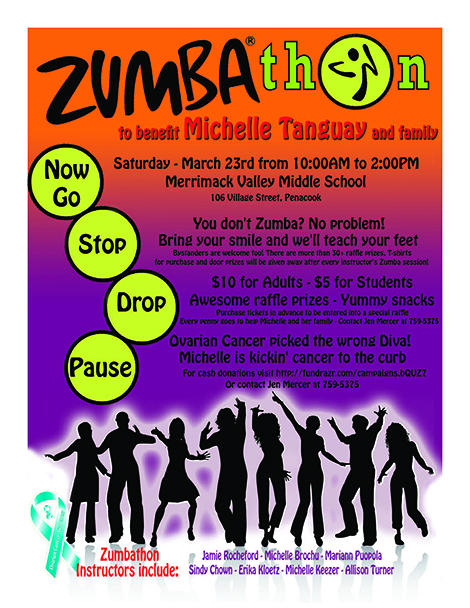 The Michelle Tanguay Believe Fundraising Committee is asking for your support. The Merrimack Valley community has an amazing woman who gives selflessly of her time and resources to help others. Our own Michelle Tanguay, owner of Commit 2B Fit at Infinite, has been diagnosed with ovarian cancer. Ironically, Michelle’s cancer diagnosis came just weeks after […]

Michaela Trefethen earned a spot on the Dean’s List for the fall semester at Barton College in Wilson, North Carolina.