A Perfect Day for Bike-to-School Day at AE/MS 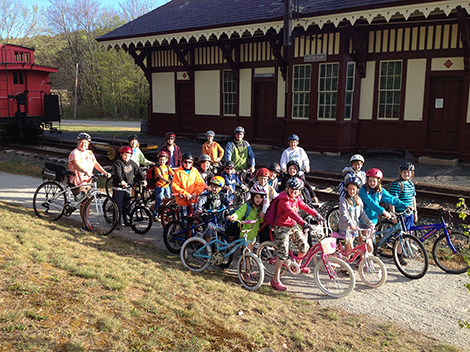 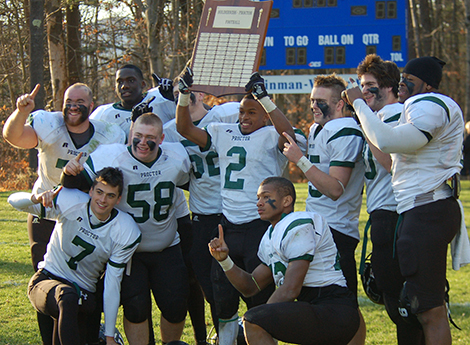 The Proctor Academy football program will be sending six players from the Class of 2013 on to play NCAA college football next fall. Headlining the class is University of New Hampshire signee Odaine Franklyn (White Plains, NY). Franklyn, a 6’3” 230 lbs linebacker, was selected to the All New England and All Evergreen League teams […]

MVHS Grads Head Out into the World on June 15 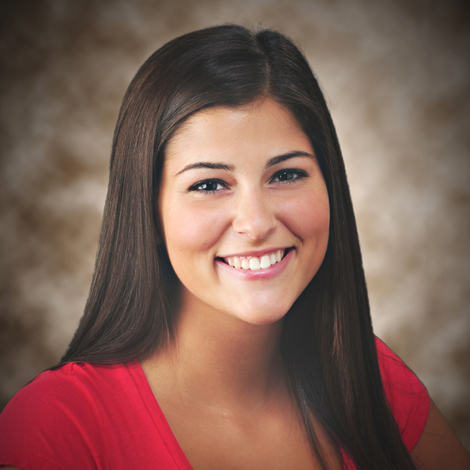 AE/MS Raises Over $1,500 for Leukemia Society

Students donate their prizes to the Society, too. 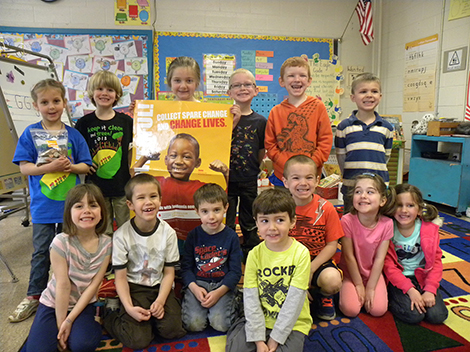 April is Poetry Month at AE/MS. All students in grades one through eight choose and memorize grade-appropriate poems. They practice at home, they practice at school, and then they recite and are scored at the preliminary level. All students are scored on a rubric that they have worked with in the classroom throughout the process. […]

Kimball Jenkins School of Art hosted the Art Concord Youth Exhibit. Among the MVHS students who had their work exhibited is Devynne Dlubac of Andover. There were two locations. The opening reception of the exhibit was on April 19 at Kimball Jenkins in the mansion. Also, on April 19 and 20, approximately 100 pieces of art […]

AE/MS Track Season is Off and Running

The school year seems to be flying by, which means we are gearing up to start the track season. The season began with our first practice on March 25. Grades six through eight will be representing the school at four meets this year. AE/MS Track Schedule April 19: Bow May 1: Merrimack Valley May 6: […]

AE/MS Looks Ahead to a Busy End of School Year 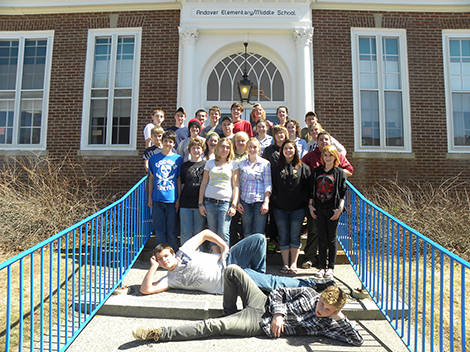 The cabbage plants have arrived for 3rd grade students – It is now official that spring must be here! Each student receives one mega cabbage plant to bring home and plant in their own garden. The plants are hardy and indestructible. Students then enter the nationwide 3rd Grade Cabbage Contest in hopes of winning […]

MVHS ’14: You Could Help the Beacon with Your Senior Project!

Wanted: an MVHS ’14 student to focus their Senior Project on the Andover news Web site or on creating a community-based fundraising plan. MVHS juniors! When you’re thinking about your Senior Project for next year, I hope you’ll give a moment’s thought to the possibility of helping The Andover Beacon with your efforts. Idea #1: […]

If You’re Proud of Our Schools and Our Students, Please Show It! 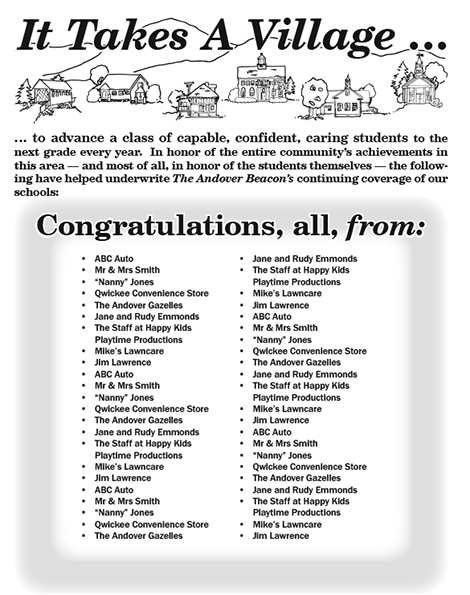 Every year in June, The Andover Beacon publishes photos of eighth graders graduating from Andover Elementary/Middle School and of Andover students graduating from Merrimack Valley High and from Proctor Academy. This year, the Beacon is asking for help in underwriting the cost of publishing not only these photos but also the many articles and photos […]