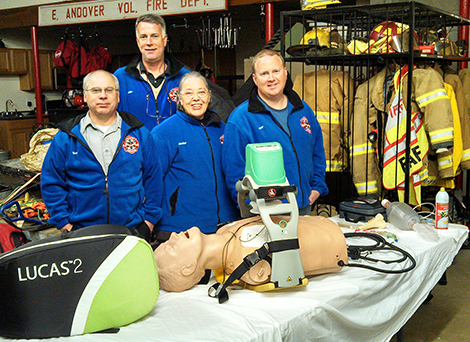 911 emergency medical calls are made for many reasons. Our volunteer emergency medical technicians (EMTs) never really know when or for what reason their pagers may be activated. Of all the reasons, few can match the urgency for a sudden cardiac arrest – when the heart unexpectedly stops pumping and thus blood circulation stops. A […]

With the Concord trash co-operative having bailed out of its years-long single-stream recycling (SSR) plans last year, the Andover Board of Selectmen and Transfer Station Supervisor Reggie Roy have been hard at work trying to find another solution that will be right for Andover. In the coming weeks, you should begin to see the fruits […]

Stop by the tent on the Village Green.

July is a very good month. The sun is warm, many are enjoying vacations, and the Andover Fire Department gets to enjoy our Fourth of July activities and our barbeque. The spirit of our nation’s birth is renewed, and Andover celebrates the holiday with grace and pride. My thinking, however, has been moving beyond just […]

Be careful how you deal with it 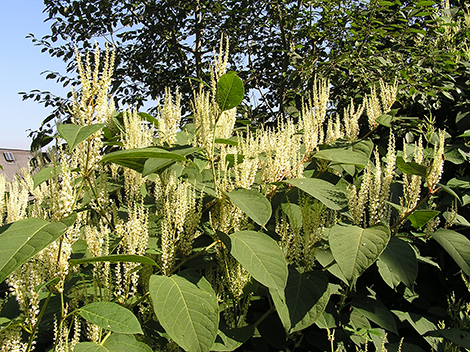 Japanese Knotweed is found throughout Andover, and it is important that we start controlling it. Japanese Knotweed is an invasive plant in New Hampshire and cannot be tossed in the compost/plant debris pile. Invasive species in the United States are a problem that costs somewhere in the range of $138 billion annually to control. The […]

Program kicks off on June 19 with loons. 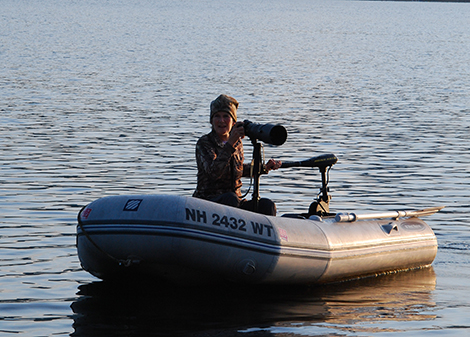 The Andover Conservation Commission (ACC), in collaboration with several other state and local organizations, will launch a summer-long “Taking Action for Wildlife” program with two public events in June, and continuing with additional activities in July, August and September. Photo Exhibit to Highlight the Wildlife of Andover Got bears in your backyard? Critters in your […]

May 21, 2013 • Saved under Committees
By Judy Perreault, Fourth of July Committee

Speaking of the Concord Coach … I’ll never forget one year, when Dick Marvin was going to ride in the Concord Coach. He was in western dress, carrying a gun, and waiting by the side of the road for the coach at an intersection near Potter Place. It happened that a National Guard convey was […]

Register Now for the Firecracker 5K

Race on the Rail Trail on the Fourth of July

Fourth of July Fundraising is in Full Swing

Community continues its tradition of support

May 20, 2013 • Saved under Committees
By Judy Perreault, Fourth of July Committee

Once again Andover and friends reaffirmed its commitment to the Fourth of July Celebration with their generous donations. We don’t have all the figures in as yet, but the preliminary count looks good. We have had some substantial donations from folks that have second homes in Andover, and also from our appeal in The Andover […]

May 20, 2013 • Saved under Committees
By Rene Lefebvre, Andover EMS

As I have stated in previous articles, you cannot like to be a fireman, the job requires passion. That same statement is also true for Emergency Medical Technicians. The job requires hours of training, tons of testing, and intense commitment to the people you help. EMTs have a tremendous opportunity to make a positive difference […]

You Can Now Register Your Boat in Andover

We can now register boats at the Andover Town Clerk’s office. After many delays, much training, and new software from Avitar, we are ready to go. We are hoping that this will be a good revenue source for the Town. People do not have to live in town to register their boats here. Boats that […]