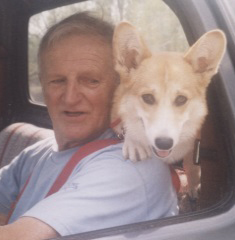 Bryant was born in Franklin and resided in East Andover most of his life. He was a graduate of the former Andover High School. During World War II, he served in the US Army 460th TC Amphibious Truck Company.

He was employed as a service technician at Kidder Fuels for 36 years. Bryant was a longtime member of the East Andover Fire Department and formerly served as Chief. He was a member of the Free Masons for over 50 years.

He enjoyed gardening, both vegetable and flower, and was Keeper of the Highland Lake Dam for many years.

A private memorial service was held. In the spring, a public graveside service will be announced and held at Lakeside Cemetery in East Andover.

Donations in memory of Bryant may be made to the American Cancer Society, 2 Commerce Drive, Suite 110, Bedford 03110.

Thibault-Neun Funeral Home is assisting with arrangements. An online guestbook is available at NeunFuneralHomes.com.