As we prepare to celebrate Independence Day and to enjoy our town’s seventy-fifth consecutive Fourth of July Parade, it’s time to take stock of this local tradition. How did Andover celebrate this holiday in its early years? Although Andover had its raw beginnings before the country did, there were probably no Fourth of July celebrations […]

Presenting Over There, Over Here

In 2003, 85 years after the armistice, it took Richard Rubin months to find just one living American Veteran of World War I. Then he found another, and another. Eventually, he managed to find dozens, aged 101 to 113, and interview them. A decade long odyssey to recover the story of a forgotten generation and […]

May 18, 2017 • Saved under History
By Donna Baker-Hartwell, Trustee of AHS 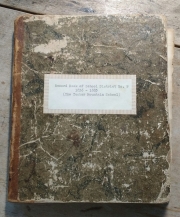 The historic one-room school house will be open to the public on Sunday, June 11, from 1 to 3 PM. Visitors will enjoy seeing the original record book that  began in 1836 and kept through 1883. I have been transcribing the record book and plan to have copies available. Included in the record book is […]

May 18, 2017 • Saved under History
By John A. Hodgson, Andover Historical Society

In the early 1800s, stagecoach service to and from Boston had come to Andover, but the journey was still a significant undertaking. The stage from Boston to Concord took eleven hours. Travelers could then continue on the stage to Hanover, New Hampshire (another day’s travel) and then to Burlington, Vermont (yet another day). So anyone […]

Good old news from Andover, East Andover, West Andover, Cilleyville, and Potter Place gossip columns from the Franklin Journal Transcripts Transcribed by Virginia S. Edwards   May 4, 1967 Lyndon B. Johnson is President; Number one song, The Happening, by the Supremes; Best Book, The Eighth Day by Thornton Wilder; Best Movie, For […]

Everyday Life on an East Andover Farm in 1902

A continuation from last month’s article 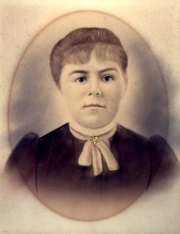 Introduction: In my previous article, Nannie Robie, my grandmother, was writing to her brother Robert, who was working as a hired hand at a farm in Amherst, New Hampshire. It was early spring, and Nannie was passing along family and hometown news. In this article, it is summer, and Robert is working in Lakeport, […]

Today we think of Ragged Mountain’s small population of black bears as an important sign of vestigial wildness, part of what keeps Andover a very special place. In the early nineteenth century, however, as the surrounding countryside became increasingly settled and agricultural, bears were regarded as marauding varmints, a bane especially to the sheep that […]

A Search for Ancestors

You could be related to original builders

The names of those listed below are identified in the Andover Town Report for the year ending March 1, 1880, as helping to build the “Town House” (aka the Old Town Hall) the year before. Of these, the 2016 Andover-area telephone directory has listings for local residents named Baker (Andover, Salisbury, Webster, and Wilmot), Brown […]

Everyday Life on an East Andover Farm in 1902

Excerpts from letters written by Nannie Robie to her brother, Robert Robie 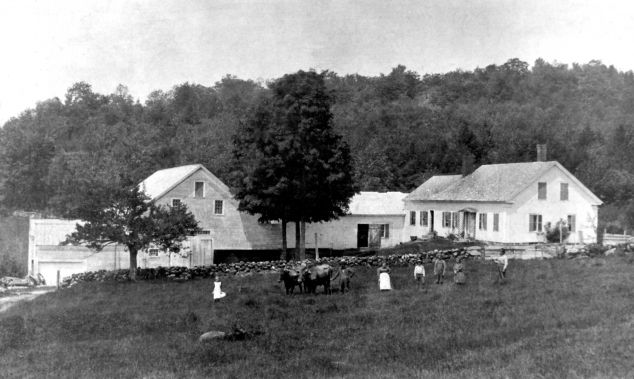 One of my winter projects this year was to better organize my family pictures, genealogical material, and historical information. While doing so, I re-discovered several interesting, family-related items which I enjoyed reading once again. I hope you will enjoy reading this one, too. BACKGROUND INFORMATION My previous two articles used information relating to my […]

Fifty Years Ago in Andover: April 1967

Good old news from Andover, East Andover, Cilleyville, Potter Place, West Andover ““““GOSSIP ““““ columns from the Franklin Journal Transcripts Transcribed by VIRGINIA EDWARDS ANDOVER: APRIL 6, 1967 Jokes, Riddles, Puns, and Poems If April showers bring May flowers, what do May flowers Bring? Answer: Pilgrims What do you get when you plant kisses? Answer: […]