Community Time Banking is the Topic at Graze

If the idea of using skills you enjoy in exchange for getting work done that you cannot do yourself sounds appealing, you’re invited to join the Conversation Cafe on Tuesday, February 4, beginning at 5 PM, at Graze Sustainable Table, 207 Main Street in New London. Sponsored by the Kearsarge Valley Transition Initiative (KVTI), discussion […]

Learn to “Live Well” with a Chronic Disease

Letter: Thanks from WCA Craft Fair

January 6, 2014 • Saved under Other Organizations

Nearly 40 volunteers ensured that the Wilmot Community Association’s (WCA) annual Holiday Craft Fair held on December 7 was a terrific success. Without their able assistance, it would be impossible to organize and present this event. First, we extend special thanks to Kathy Neuberger, chairperson of the craft fair, for her tireless work and thoughtful […]

Holiday spirit shifted into high gear in Wilmot on December 8 when more than 150 people attended the second annual Wilmot Express, a collaborative, progressive event sponsored by the Wilmot Community Association (WCA), the Wilmot Volunteer Fire Department, and the Wilmot Public Library. Patty McGoldrick from the WCA; Kyla Pillsbury from the fire department; and […]

Anybody who’s eaten a slice of Andover resident Harvey Pine’s homemade bread at a potluck supper knows how great it is. Here’s your chance to learn how to make this super-easy Dutch oven bread yourself. Join Harvey at his home on Saturday, January 25, from 9:30 to 11:30 AM, to learn the process, help turn […]

Wilmot Busy with Holiday Events for All 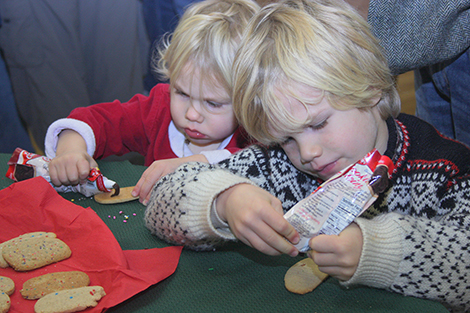 Windows on Wilmot, a consortium of not-for-profit organizations in Wilmot, wants to invite everyone to all the wonderful events being offered. Starting with the WCA Holiday Crafts Fair December 7 and ending with the January 2, 2014 Wilmot Public Library benefit dinner at the Coach House Restaurant in New London, there is going to be […]

Speaker on the 13th, Christmas Pageant on the 19th

The South Danbury Christian Church continues its Speaker Series on Friday, December 13, with a compelling talk on The Science of Earth’s Climate: Past, Present, or Future by Sue Houston of Danbury. “This isn’t about politics or policy matters,” explains Sue, a member of the science faculty at Proctor Academy. “This is about the science of […]

The MVHS chapter of the National Art Honor Society hosted its fall induction ceremony on October 10. Among the MVHS students inducted were three from Andover: Devynne Dlubac, Emily Lance, and Ben Yusko. Congratulations! 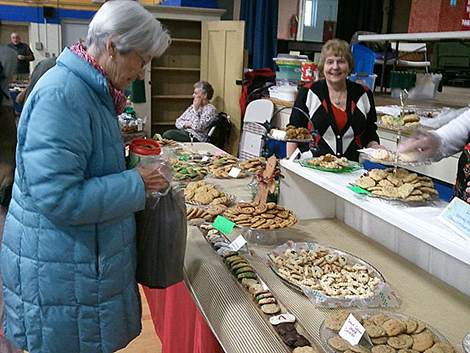 The Wilmot Ladies Aid Society (WLAS) will be hosting its famous Cookie Walk from 9 AM to 3 PM on Saturday, December 7, as part of the Wilmot Community Association’s Holiday Craft Fair at the site of the former middle school at 114 Cougar Court in New London. As always, people flock to the WLAS Cookie Walk […]

Fun for everyone is in store starting at 4 PM on Sunday, December 8, when folks climb aboard the second annual Wilmot Express, a townwide, progressive event. The Wilmot Express is a joint effort by the Wilmot Community Association (WCA), the Wilmot Volunteer Fire Department, and the Wilmot Public Library. The first stop – from […]