You are invited to the Lake Sunapee Region Chamber of Commerce’s Annual Meeting 2013 on Monday, January 14, from 5:30  to 7:30 PM. The event will be hosted at Bistro Nouveau, the Center at Eastman, 6 Clubhouse Lane, in Grantham. For more information about the venue, visit BistroNouveau.com. Welcome in the New Year with a […] 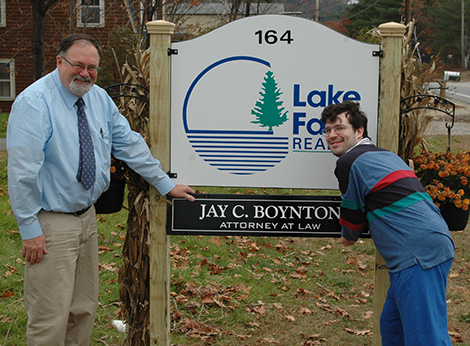 Jay Boynton has moved his law office from Cilleyville to 164 Main Street in downtown Andover. The firm invites the public to a Holiday Open House on Friday, December 28, from 1 to 4 PM. Jay is shown here with Beacon volunteer Robert Ofenloch testing the fit of the firm’s new sign. 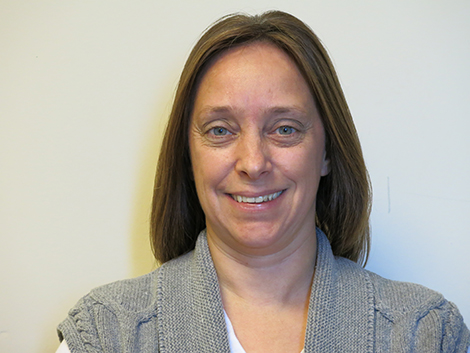 Each month, New Hampshire Electric Cooperative (NHEC) offers you the chance to Ask the Energy Expert. Got a question about energy efficiency or renewable energy? Send your question to EnergyExpert@nullNHEC.com and get answers from the Co-op Energy Solutions team. This month’s Energy Expert is Patti Corbeil. Patti is the ENERGY STAR Lighting Program Administrator at […]

On its Web site at RedCrossBlood.org, the American Red Cross reports there is an emergency need for blood. Because of that, the Red Cross needs blood donors now more than ever. All types are needed, but especially O negative, which can be used to treat any patient. As part of RP Johnson and Son’s We […]

November 19, 2012 • Saved under Business
By Heather Makechnie, for the Beacon

Now, in addition to six floors of furniture, customers at Grevior Furniture on Central Street in Franklin have access to astonishing custom handcrafted furniture and unique works of art at ridiculously low prices. Called “Corrections Creations,” the store is on two floors. Smaller items are on the first floor, while larger furniture is on the […]

November 17, 2012 • Saved under Business
By Amy Makechnie, for the Beacon

“Never say you can’t play diddley!” is the tagline of the new Dow’s Diddley Bows store in Hill. Specializing in tenor instruments and touting a jug band (a band employing a mix of traditional and homemade instruments), Dow’s Diddley Bows is open for business. What exactly is a diddley bow? “A one-stringed bow,” owner Mark […]

New Hampshire Electric Cooperative (NHEC) has made available technical research that proves the digital electric meters being installed across its service territory are not capable of gathering personal information, nor any information that could compromise a member’s privacy in any way. NHEC has installed approximately 81,000 smart meters across its service territory since June 2011. […]

Grevior Furniture is Not Going Out Of Business

October 31, 2012 • Saved under Business
By Heather Makechnie, for the Beacon

June 27 was an unusual day for Bob Grevior, to say the least. Near the middle of that day, the second floor of his business, Grevior Furniture in Franklin, collapsed into the first floor of his mattress showroom. Housed in what was most recently the Allstate Insurance office, the showroom is part of a building […]

Press release Seven area quilt shops, including The Constant Quilter in Andover and Irene Haley’s The Quilting Corner in Franklin, will stage a shop hop Thursday through Saturday, October 11 through 13, from 9 AM to 6 PM. Passports now on sale for $8 at each of the participating shops: The Constant Quilter, Andover The […]